a night of free impro in the city!

Concert tickets: €5,00 at the door (cash only)
Reservations are possible through zaal100@zaal100.nl
You need a QRcode for this concert

A night of free impro in the city!

Andrius Dereviancenko will open with a solo saxophone set!
DJ Rengo Estar will sure lead us to dance under the influence of hot experimental latin rhythms!

ANDRIUS DEREVIANCENKO
Born in Klaipeda, LT, Andrius Dereviancenko had his first musical experiences at the age of 12 when he was exposed to classical music and began playing the Birbyne, a Lithuanian folk instrument. He received his first saxophone at the age of 17 and enrolled at the Klaipeda Stasys Simkus music high school where he was introduced to jazz by playing big band and dixieland music. After 4 years of studying and performing in Lithuania, Andrius relocated to Netherlands for one year of Erasmus studies at the Prince Claus Conservatorium in Groningen, then subsequently at the Conservatorium van Amsterdam where he received his Bachelor of Music degree in Jazz Saxophone.
During his studies in Amsterdam, Andrius regularly performed with various jazz groups within Europe including several international competitions. In 2013, he won the Leiden Jazz Award with the Andrius Dereviancenko Quartet and won the Public and Best Composition prize at Tremplin Jazz Avignon with the band Morgan Freeman in 2016.
Following his studies and a brief period in Copenhagen, he moved back to Amsterdam where he currently resides and is active in the experimental music scene throughout Netherlands, Belgium, France, Germany, Poland, Denmark, Latvia, Lithuania, Estonia, Russia, Spain, Italy and more.

HALLI CRIGI
Halli Crigi is a trio+1 from Amsterdam, comprised of FJ González Torres, Luka Schuurman (guitars), Thomas van Nieuwenhoven (drums) and Alexandra Dragne (visuals). With their improvised concerts they paint adventurous landscapes with sounds, dancing on the thin strings of the abstract and the concrete with colorful interplay and experimentation beyond their instruments.
In July Halli Crigi released their debut album “Shinedown” on Keroxen, cooked up on 4-track tape in a living room. At the end of November they will perform at Festival Keroxen in Santa Cruz de Tenerife. 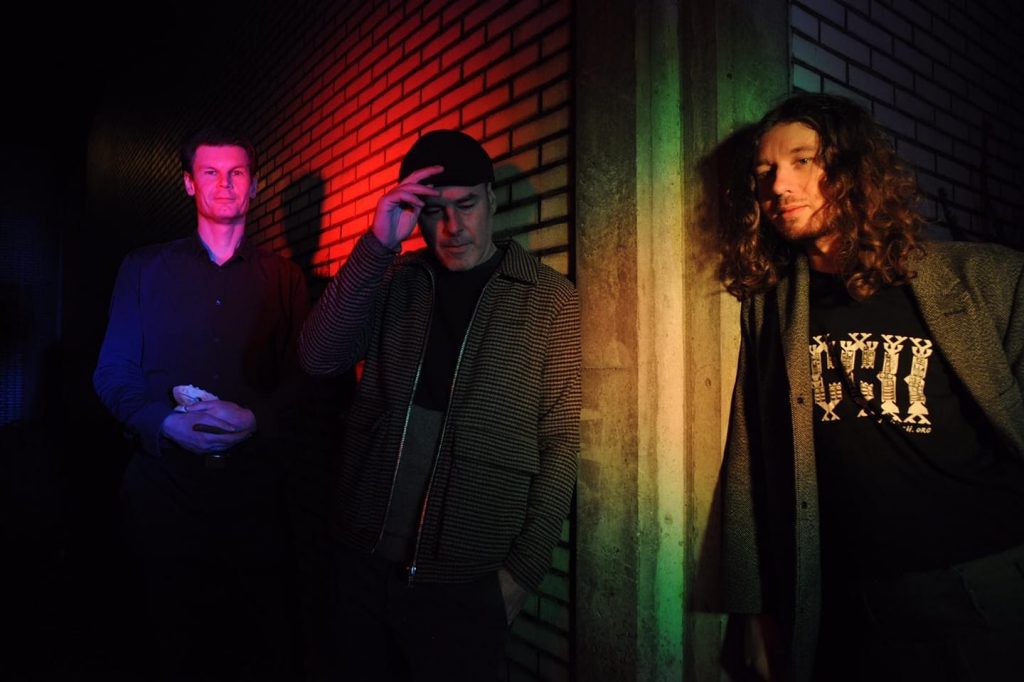