Info
Dzuana and Jaap form a swinging musical Duo called the 10 Strings Shuffle, with Dzuana playing guitar and vocals and Jaap playing double bass. They play original music and surprising covers. Dzuana has worked as a singer in both country and hard rock bands. In recent years she has been more interested in songwriting and enjoys composing, performing and refining her own songs. Jaap is a bassist in classical orchestras and has expanded into a versatile player of jazz, blues, country and tango. They have been playing together as a duo for two years now.
About half a year the duo plays together with Francesco Ljubica (instrumentalist and vocalist). In collaboration with Alan Burncide, they (10Strings Shuffle) have recorded a new single: "The Last of the European Cowgirls" 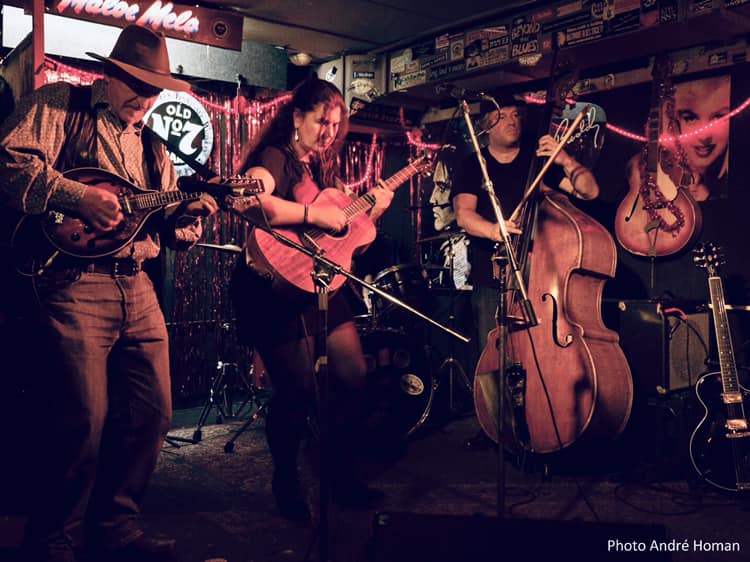